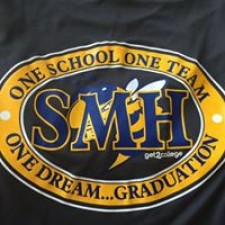 Math and English ACT scores show marked improvement, with more than 53 percent of students with prior scores showing an average +2.13 point composite gain

“Our students did very well with the Jumpstart program, and the review was a solid supplement to assist our teachers with their goals in the classroom. The pre- and post-ACT scores showed positive growth for our students,” said Dina Holland, Principal of St. Martin High School. “I believe the earned results when combined with gained knowledge from another academic year, teacher preparation, and the Jumpstart review provided the excellent mixture for academic success. In the future, I want to implement our program within a little different format that will strengthen our time effectiveness.”

“Mississippi ranked 49th in average composite score in 2018. I estimate a one-point ACT composite improvement would move Mississippi to around 40th while a two-point improvement would have us performing better than half the nation,” said Sha Walker, co-founder and CEO of Jumpstart Test Prep. “In order to be fully prepared, students need a complete review of the content they will see on the ACT®, along with all the tips, test-taking strategies and realistic question practice that we provide.”

Thirty-eight percent of the St. Martin students did not have a pre-score to compare for improvement. Walker added that when one also considers the improvements realized by these students over not having the benefit of the program, the significant impact of the Jumpstart Test Prep review is further demonstrated.

Jumpstart Test Prep’s unique preparation approach helps students of all ability levels stay fully engaged and gain the most improvement in the shortest time by explaining difficult content in a way that every student can follow and understand. The program is based on over 56 years of teaching and tutoring work by legendary educator Dot McClendon.

“I am thrilled by the success of St. Martin High School,” said McClendon. “Helping to open the door to higher learning and opportunity for students feels very rewarding because we know they were coached the right way.”

1. Proven exam prep expertise honed over a lifetime of successful results. The content review is delivered on-demand. It is highly visual, highly animated, and students respond to the ACT®-style practice questions.

2. Engaging, not boring. Presented by a group of fun, young, diverse people, and presented in short 30-minute segments. Students must actively engage as they follow along in their workbook to complete the blanks and work ACT®-style practice problems as the online review progresses.

3. Improved time management. Jumpstart Test Prep reviews content step-by-step, then shows how to apply that content with follow-up examples. We follow with challenge questions, allowing a clock-timer countdown. Time is critical on the ACT® and by the end of our review, Jumpstart Test Prep students know the average amount of time they can allocate per question and what to do when too much time has elapsed.

All juniors at the school site had access to the following resources:

•         Expert content review and practice, along with test-taking tips and strategies delivered in the classroom via streaming video

•         Online, on-demand, content tested by the ACT® that could be led from the classroom or used individually by students through May 2019

About the ACT® Exam

The ACT® was first introduced in 1959 by Everett Franklin Lindquist, a University of Iowa professor as an alternative to the Scholastic Aptitude Test (SAT®). The test, in its current form, is administered by ACT®, a nonprofit of the same name. The ACT has seen a gradual increase in the number of test-takers since its inception and in 2011, the ACT® surpassed the SAT® for the first time in total test-takers; that year, 1,666,017 students took the ACT® and 1,664,479 students took the SAT®.

Jumpstart Test Prep (www.jumpstarttestprep.com) is a leading provider of test preparation services for individuals and schools. Established in 2015, Jumpstart's streaming video modules are delivered on-demand and are designed for classroom integration or individual study. Jumpstart’s methodology is proven to help students of all ability levels stay fully engaged and gain the most score improvement in the shortest time by explaining difficult content in a way that every student can follow and understand. Each module reviews the must-know content, and includes testing strategies specific to the exam, and concludes with realistic question practice.

ACT® and ACT WorkKeys® are registered trademarks of ACT, Inc.

GED® is a registered trademark of American Council on Education Corp.

HiSet® and Praxis® are registered trademarks of Educational Testing Service

Jumpstart Test Prep is not affiliated with or endorsed by any of these companies. 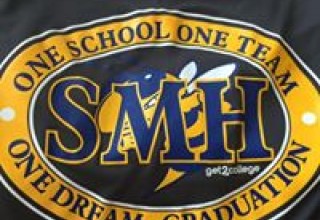 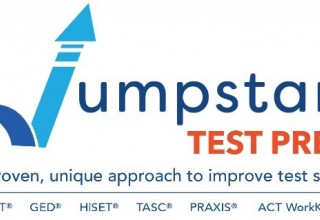