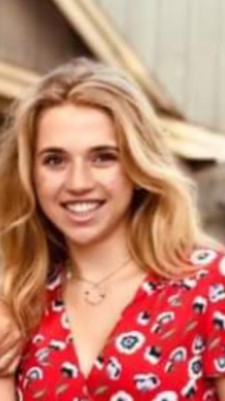 BROOKHAVEN, Miss., October 25, 2019 (Newswire.com) - ​​Meet Lucie. Mississippi High School senior Lucie Leblanc struggled to score well on the ACT exam during her freshman and sophomore years. “Lucie has always been a strong student with excellent grades, so we were surprised by her early scores on the ACT,” said father Mark Leblanc. “We started looking for help and found Jumpstart Test Prep’s online math review, and Lucie completed it a few weeks before her next attempt during her sophomore year.  When the results from this test came in, we were shocked with her eight-point improvement in math (18 to 26). We were hooked!  Our online subscription included a 90-day duration, so she reviewed the math portion and we added English. Her next math attempt moved another four points (26 to 30), and she realized big improvements on the English section of the test as well.”

After taking the ACT a few more times without seeing much improvement, she learned while visiting a friend that Jumpstart had recently added prep for the reading and science sections of the test. Glancing around her friend’s house, Lucie saw typical test prep books everywhere — on the desk, on a chair, piled up on the floor. She had all but given up on getting a higher score — but a small part of her still hoped: “I got access and got to work.”

A better way to prepare for the ACT

Jumpstart Test Prep’s website, www.jumpstarttestprep.com, describes their program as a review utilizing streaming video modules that are delivered on-demand. The program is designed for classroom integration or individual study and has proven to help students of all ability levels stay fully engaged and gain the most improvement in the shortest time by explaining difficult content in a way that every student can follow and understand. Students follow and complete the accompanying workbook as the review proceeds. Modules review the must-know content, include testing strategies specific to the exam, and conclude with realistic practice questions modeled from actual "retired" exams that are provided under time constraint. According to student reviews of the program on the website, the program helps students with time management and allows them to work faster on test day.

Lucie said, “The Jumpstart reading prep gave me details about the test that I didn’t even know about. I didn’t know that all four passages were a type of subject area and always presented on test day in the same order: prose fiction, social science, humanities, and natural science. Knowing that helped me decide which passages I would do first - the ones I felt I comprehended better. The review also included timed practice, and I liked how Jumpstart walked me through different ways of finding an answer.”

“Most of us are visual learners. Our review is a highly visual product that is designed to capture the students’ attention, and when combined with our workbook, it allows students to actively participate as they watch our online video review,” said Co-founder and CEO Sha Walker. “Timed, realistic practice is a vital component to the improvements our students are realizing.”

The company has constructed a program based on over 40 years of work by Mississippi’s 19-year STAR teacher and hall-of-fame inductee: the legendary educator and tutor Dot McClendon. Its consistent quality, prestige and innovation is a culmination of her lifetime experience. “I am thrilled by the feedback and the success of our students using our Jumpstart Test Prep review,” said Co-founder Dot McClendon. “Opening the door to higher learning for students who may never have been accepted or able to afford college on their own feels very rewarding in itself.”

On test day, Lucie was much better aware of the testing time, which she attributed to her preparation from Jumpstart. “I knew from the Jumpstart review that I had an average of 52 seconds to answer reading questions, but I trained, answering in 40 seconds, so I felt extra prepared. I was doing better with time and was calmer and more focused than I was in the past,” said Lucie.

Lucie thought she was going to receive her scores on a Tuesday, so she stayed up till midnight, but the scores were postponed. The next night, she went to sleep early but set an alarm for midnight just in case her ACT scores came out because she really wanted to see her results.  Lucie said, “I opened the results at midnight and it was the best feeling ever. I got out of bed and ran to my parents’ room to celebrate. And then my sister woke up to my yelling and asked what was happening! We were so excited!”

After utilizing Jumpstart’s new reading and science prep, Lucie improved seven points in reading over her prior best scores (24 to 31) and improved four points in science (26 to 30). She now has a composite 31, which places her in the top 97th percentile nationally.